The Year of Great Fulfillment Begins 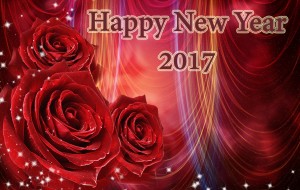 What a year it’s been.

I can only speak from my own experience.

The waiting has been both agonizing and instructive. I had to settle the battle within myself between waiting patiently and starting nothing and not waiting and starting in every way I could.

I found the latter to be the more satisfying approach.

The great changes that the last year featured were only partly going on around the planet, I believe. I think a lot of it was taking place in the unseen realms. I don’t imagine we’ll know much about that for a while.

The most useful tool I learned this year was one that helped with the process of emergence from the shell of the constructed self. That was to reach for something beyond my grasp.

This year I did things that challenged me, knees shaking and all.  I hosted a roundtable discussion while having no functioning memory. I gave a public lecture for the first time in years and enjoyed it.

Both adventures were beyond my physical grasp. Both called on the spiritual grasp of the Self.

That’s why we challenge ourselves, is it not? Because the experience of pushing through something can trigger an experience of the Self.   If we don’t want to succumb, we may have to call on powers that are more than we normally call on. And in succeeding we could or may realize the larger us, the Self.

Finance and awareness proved challenging workmates for me this year. I have no idea at this moment how to marry the two. But marry them I must if I’m to play in both arenas.

You may have similar problems over the seeming incompatibility of existing skills with new ones, as we begin an entirely new leg of the journey as stewards of the Mother’s abundance and builders of Nova Earth.

What was the most impactful teaching I heard all year? Well, it happened the other day.

On An Hour with an Angel last week, giving her New Year’s Message, the Divine Mother confirmed something very important for me.  She confirmed that it wasn’t a case of there being higher and higher states of love but of us deepening and deepening into love, surrendering into it, carrying us closer and closer to the Mother/Father One, who is the deepest, absolute Love.

That distinction freed me from the difficulty of imagining how we go higher; I’ve found myself unable to work with that metaphor and I’ve been blocked. I’m not constitutionally given to rising higher, but I am, to deepening into something.

Now I can deepen into love with the Divine Mother’s blessings. It’ll be a happy New Year for me.

The second most impactful teaching was again the Divine Mother, telling lightworker currency holders they were all protected. That for me was priceless reassurance.

At last it wasn’t Archangel Michael telling me backstage in a reading and me reporting it. It was the Divine Mother herself saying it publicly.

My stand is that we can afford to be fearless. Those who are with us are stronger than those who are against us, I believe.

For me, there’s no higher authority in or out of Creation than the Divine Mother. She’s not a goddess, a mere individual. She’s the active Face of the One; He’s the passive Face of the One.  She it is from whom all else arises, in whom all is preserved for a while, and into whose transcendence all is plunged again.

Supposing you’re listening to a fake, a knock-off of the Divine Mother, Steve?

The third most impactful teaching I heard this year was Archangel Michael saying that Team Dark and Team Light were going in separate directions now. Team Dark would fade and Team Light would grow.  I found that reassuring – and at times last year I really needed reassurance.

I learned a lot from my pain and discomfort following prostate surgery. I also learned from watching endless documentaries on the Second World War, while convalescing, seeing what countries of the world that we’ll be helping went through only a few generations ago.

My trust in the celestials has increased over the course of the year.  I’ve watched important matters be worked through speedily and without a hitch, such as the new apartments I and a friend were guided to with so many “firsts” – first building we looked at, first people we met, first apartment we saw, etc.

I’ve mulled over readings I’ve had with Archangel Michael and benefited from each re-read.  And the same from each conversation.

I’ve experienced thoughts being placed in my mind.  Experiences have come often enough that it keeps my interest as a journalist and a student of awareness high.

I’ve had miracles in my life like the Arcturians assuring me every day of a favorable traffic light upon reaching the crosswalk, come rain or come shine.

I’m also happy every night to see the huge Arcturian mothership parked seemingly over the city but in reality, according to Sanat Kumara,  thousands of miles away. It’s far bigger than any star and has been there for years now.  Happy New Year to the hometown boys and girls!

I’m determined to prepare for the Tsunami of Abundance due to come upon us sooner rather than later, I hope.

At the same time, I’m tired. I’m sure you can hear it in my writing. I’m going to have to take a few days off, I think.

Apart from that, the default for me is more and more becoming the natural self, more and more bliss. Life gets better and better. It definitely feels as if we’re over the hump, as if we’ve passed the tipping point.

As the old year fades, happy New Year, everyone. Thank you for being part of our soul family and for making this journey of ascension together.