This is my first article for my new cannabis-themed blog, Canna Words. It will feature research and opinion pieces about cannabis, hemp, marijuana laws, and practically any other topic related to the plant.

Along with continuing to write for Openhearted Rebellion, I will occasionally publish an article over at Canna Words. Check it out if this topic interests you as much as it does me.

Illinois is on the cusp of legalizing marijuana.

The election of democrat J.B. Pritzker, who promised to legalize on the campaign trail, is a good sign for Illinois residents who are fed up with the war on weed. Two bills are currently being discussed that would make the plant legal to consume, possess, and grow in the state.

The other bill, which State Senator Heather Steans and State Representative Kelly Cassidy have been working on for a few years, would let residents buy and possess up to 30 grams of cannabis along with growing up to five plants indoors. (1)

The records of residents with small-time possession or dealing charges would be expunged, and tax revenue from sales would be allocated to community development in poor neighborhoods. (1)

The second bill’s sponsors are expected to introduce a proposal by the end of April. If all goes according to plan, recreational sales could begin in 2020.

Legalization in Illinois looks promising, but there are problems lawmakers should consider.

One is that a handful of growers for the state’s medical program, who’ve formed an organization known as the Medical Cannabis Alliance of Illinois, are lobbying to have cultivation licenses for new businesses restricted.

They want to be one of the state’s sole suppliers.

In pursuit of this goal, they’ve formed a political action committee (PAC), hired a lobbyist, and started contributing to holders of political office. Critics say that having such a tight grip on the market will benefit only them, with retail stores and consumers paying the price. (2)

Dan Linn, Executive Director of the Illinois branch of NORML (the National Organization for the Reform of Marijuana Laws), says this will lead to a more costly product which will send consumers back to the black market. According to Dan, “there’s a natural demand for more license holders.” (2)

Another problem is that recent studies have shown Illinois will face a shortage soon after legalization if the state is limited to its current supply.

Despite the potential for a shortage, the Medical Cannabis Alliance believes they can meet demand. To that end, former state Senator and executive director of the alliance Pam Althoff has said they will “support no new cultivation licenses” until “substantive data” is presented indicating otherwise. (2)

Ask and you shall receive. Shortly after Pam made this statement, Steans and Cassidy commissioned a study showing how real the potential for a shortage is.

Released by Colorado consulting firm Freedman and Hoski, the study found that legalization could create “between $440 million and $676 million in annual revenue” and that demand will greatly exceed the state’s current supply. (3)

The state would need to grow anywhere from 35,000 to 550,000 pounds of cannabis a year to meet demand. The established medical growers would only meet around 35-54 percent of that before running out. (3)

As predicted, the alliance released their own study which found that they can handle the demand.

Then, Illinois NORML released yet another study which found that the previous two underestimated the demand and the shortage the state will face if they don’t open the market to entrepreneurs on all levels.

Steans and Cassidy have repeatedly said that their bill will focus on giving minority-owned businesses in communities ravaged by the war on drugs a fairer chance at competing in the market. (4)

Regarding the need for inclusion in the industry, Cassidy said they are “contemplating additional license categories such as craft cultivation, transportation and processing to ensure that everyone is at the table…” (3)

“These will create space for more innovation and entrepreneurship in the industry, but more importantly, provide opportunity for more diversity in an industry with a pressing need for it.” (3)

If the Medical Cannabis Alliance gets their way, then Illinois can forget about including anyone else. Everyone should be invited in – especially those in communities hurt most by a war on a plant. If we let it, this will become yet another industry in which only the richest or most influential have a chance at success.

We shouldn’t hand over the cannabis market to people who want to manipulate this much-needed social change for profit. Before we know it, they’ll try to restrict residents from growing.

While we’re on the subject, the need to let Illinoisans grow cannot be overstated. Fortunately, home-growing has not yet been phased out of either two bills.

A law restricting the market and prohibiting home-growing would be just another form of prohibition. This time around, commercial growers given an unfair advantage would profit instead of black market suppliers or entrepreneurs who deserve an opportunity. As always, consumers would take the hit.

We should be hopeful about legalization in Illinois. But with the toxic political climate in Chicago and the power grabs we’re already seeing, residents have ample reason to be skeptical. One thing is for sure: giving the Medical Cannabis Alliance control over the supply would be a big mistake.

Some might argue that any change to the law is an improvement. That may be true, but with the problems we’re already seeing, you should forgive Illinois residents who are justifiably concerned that this will be more prohibition disguised as progress.

Other sources embedded in article. 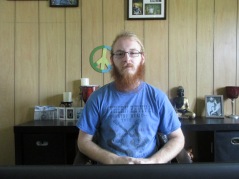 I’m a twenty-something writer & blogger with an interest in spirituality, love, awareness, activism, and other crazy stuff. I run Openhearted Rebellion – a blog dedicated to sharing wisdom and encouraging a revolution that begins in the heart.

I also run Canna Words – a blog in which I share some of my research and opinions on cannabis. There, I write about everything from legalization to hemp and the various ways people use the cannabis plant.

I’ve contributed to a few awesome websites that include Waking Times, Wake Up World, Golden Age of Gaia, and The Master Shift. I can be found on Facebook (facebook.com/wesannac, facebook.com/cultureofawareness) and Twitter (twitter.com/Wes_Annac, https://twitter.com/love rebellion)

If you enjoyed this post and want to support my work, consider donating via PayPal to wesremal@yahoo.com.

Share freely with attribution to Wes Annac and Canna Words