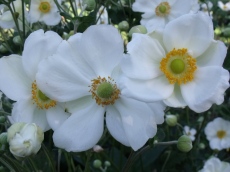 Today is a beautiful late summer day, perfect in its conception, with blue skies, light breezes and the scent of coming autumn in the air. On Tuesday, we have the Autumnal Equinox or for the Southern Latitudes, the Vernal Equinox.

Always there is a certain amount of intensity to any transition, as we move from one minor cycle to another, but this year, I would imagine just about everyone on the planet is experiencing MAJOR intensity within their lives in one shape or another.

We have a choice on how we can experience change. For my part, I have totally surrendered to the changes that I am currently undergoing. If one has read previous entries on this blog, and come to the conclusion that I’m crazy or egoistical to say some of the things that I have shared, then many people might agree with you… had they not met me in person.

We all have windows of opportunity, to make changes in our lives and to fully surrender to whatever is God’s purpose in our lives.

Even the word “God” sets some people’s teeth on edge, given the result of most religious conditioning in our childhoods, where, as children we were sometimes encouraged or browbeaten into accepting an authority outside of ourselves. And this authority figure or figures, in the form of nuns, priests, ministers and Sunday school teachers gave us lectures on how we were all sinners and would go to Hell if we didn’t do such and such.

When I was about twelve years old, I came to the conclusion that most religion was poppycock, but it didn’t mean that I gave up on God or His “only begotten Son, Jesus”. I spent more years trying to figure out my relationship to these disembodied entities and what role they played in my life, if at all.

Through the years, I have come to realize that God or Source as I prefer to call it now, is a part of our lives as we are part of it. Through free will, we can surrender or not to this force of Love that binds us to the rest of Creation or we can chose to resist it and attempt to turn away. I have chosen to surrender my personal will or ego to this force and to allow a window of opportunity to open for myself.

In surrendering to the notion that I will be ascending and returning Home this autumn, I am relinquishing all notions of continuing on with my Service here. More important, is the realization that I am WORTHY of receiving such an accolade, although for some months I really wondered if that were so.

We have all been so conditioned as human beings within the 3D Matrix, that we have forgotten that all of us are worthy of receiving Love from Source. We have forgotten that we are still connected to Source, at all times, despite our feelings about God or other beings that we can’t see, hear or feel.

Depending on your point of surrender, you may just begin to feel those other parts of Self, for you, all of you who are here embodied during this amazing time of transition have a part to play in the great drama that is being played out.

The Earth, our present home planet, is ascending. Once it was thought that only a small percentage, perhaps less than 10 percent of the population, would be ascending with Her. The rest would perish in some catastrophe or another, then reincarnating upon another 3D planet elsewhere in the Multiverse, according to the needs of the souls involved. Now, however, it appears that everyone, to one degree or another, is waking up.

Therefore, the opportunity to ascend WITH the planet will be and is being offered to everyone here, no matter what roles they are currently playing, whether of dark or light.

This is an astounding development given that some 60 to 70 years ago, the old doomsday scenarios could be now playing out. Instead, there will still be earth changes but to a lesser degree than once foretold by prophets, saints and seers.

Beginning with the upcoming Solstice, several hundreds of volunteers who incarnated during the previous evolutionary cycle or Great Year (26,000+ years) will be ascending. This will be the first wave of those who have been reincarnating for century after century, assisting in the evolution and enlightenment of humankind by means of anchoring their tremendous light upon this sphere.

These volunteers have already been replaced by other waves, including the Indigo, Blue Ray, Crystals and other light being volunteers who will be working upon this planet until the humanity as a collective attains fifth dimensional consciousness. Just how long this will take depends on the collective. It also depends on every single member of the collective, for when you work for yourself, you affect all those who are around you, whether seen or unseen.

Many other forces are working alongside you in your efforts to reclaim the Earth for life, including elemental beings and angelic forces. Whether or not you believe in the existence of these beings is a moot point; once YOUR frequency increases enough, you will KNOW that they exist. Before that happens, your own skepticism and self-doubt will continue to keep up the fence between you and the rest of creation.

Take down the fence, dear ones! Release your fears! Forget the karma that you think you owe the world! You are forgiven in the Now, once you have forgiven yourself and all others who you believe have harmed you, whether in this life or another. Remember that EVERY circumstance within your lifetime has come to you due to either previous soul level agreement or because your resistance to change is compelling the Universe to bring you what you are focusing on…

Be it fear, you will get fearful scenarios.

Be it abundance, then watch the synchronicities begin to happen in your life. Be willing to leap into change when an opportunity comes your way. Be light on your feet and adaptable to situations. Above all, listen within. If you are presented with an opportunity and it doesn’t feel right today, let it go. Another opportunity that is just perfect for you may be coming in your direction at a later date when you have successfully cleared whatever is continuing to block your self-esteem and self-regard.

As I continue to pass through my particular transition, I can look upon the world with detachment and compassion. No longer do I feel compelled to worry about what another person thinks of me. I know what I feel within. The love of my Family envelopes like a warm blanket, lightly sheltering me but not smothering.

I am guided but not dominated. With patience, I am introduced to new aspects of my own being and those with whom I will be working in my future. That future is unfolding as yours will if you allow it to do so. Release the last vestiges of fear and step outside the box of conformity. Feel free to be as you are, doing whatever gives you the greatest joy in life, whether in quiet meditation or heavily involved in social change.

Embrace your divinity and the wonders that you will discover along your journey into self-discovery. The wonders are still unfolding for me; they will do so for you also, in a manner entirely unique to you.

I embrace all of you with the love of my Higher Self, Lady Tazjima of Venus. She and her brethren watch over the progress of this world and all its occupants. As I continue to re-blend with her consciousness, I am beginning to see the world from an entirely different and new perspective.

You, too, can expand into an awareness of your own multidimensionality, as all human beings are more than what they seem to be while here, playing the game of duality.

I wish you well upon your journey. May the Light of the Christ within your heart flame light the way clearly.

I AM Tazjima Amariah Kumara VaCoupe

©All Rights Reserved, Elizabeth Ayres Escher, www.bluedragonjournal.com. Permission is NOT granted to change this article into any other format save the original written.