James Gilliland ~ Days To Come, As Seen By The Ultradimensionals 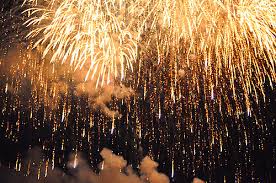 It has come to my attention repeatedly that many officials in the agencies really do not know about the spiritually and technologically advanced off-world civilizations. They do know of the regenerate low level ETs and have struck deals with them in the past ,but there is a great void concerning the hands off, prime directive highly evolved off worlders. What ever deals were made in the past are now null and void. Those who have interfered in the evolution or awakening and healing of humanity and the Earth are going to be dealt with. They have been given an eviction notice; which is now being enforced by pro-earth forces.

Universal Law is now the prime directive. It is the Law of One some call unity consciousness. The forces of tyranny and unbridled greed at the expense of humanity and the Earth will come to an end. It is surfacing now for all to see, the players have been identified human and non-human. The noninterference program has come to an end and the spiritually and technologically advanced races have now joined forces in a program beyond the ability of most scientists to comprehend. Quantum physics has the best grasp of what is unfolding along with some of the most ancient teachings.

The simplest way to state this is it all has to do with frequency. We are all known throughout the multiverse by our frequency. Our frequency is the combined attitudes, emotions and beliefs of the world in which we live. Our consciousness has many levels or dimensions and the higher dimensions are pressing in hard upon the Earth. It is like a soul or Godself invasion. The lower vibrational frequencies such as fear, guilt, unworthiness, ignorance, separation, pain, suffering, wrong conclusions from past experiences are undergoing a major clean up. This is why the higher dimensional beings stress clean up your consciousness, release the past and focus on love, joy, bliss, service to others in order to increase your frequency.

We are being aided in this process and it is also a natural evolution; which cannot be derailed or avoided despite arrogant ego driven people who think they are separate. We are being bombarded by what seems to be every level in the electromagnetic light spectrum. Cosmic, Gama, X, Ultraviolet, Infrared are all flooding into the Earth and she is absorbing them, expanding, growing.

Yes, I did say growing—this is why all the quakes and volcanoes are going off. There are also those misusing technology amplifying areas already under great pressure as well as playing with weather modification. Just as in the days of Atlantis there are those who want to use technology for dominion and control yet look where this took them in the past. Unfortunately the destruction of Atlantis and other worlds as well could not have come about without willing participants, those who turned a blind eye to injustices and trespasses not wanting to upset their comfort zones.

This time around there are watchers, observers and those who will interact if necessary to make sure we do not repeat the past. They will not allow an all out nuclear war or technology that could end the evolutionary process. They are hoping we learn from our mistakes, rise up and choose noble virtue or impeccable integrity concerning our actions with humanity and the Earth. Thus far we have fallen far short of many of their expectations. We are now entering a time of choosing. The action/reaction principle most call Karma is being amplified. The fear, guilt, and unworthiness are no longer efficient tools to control the masses.

This includes nefarious deeds such as wars for God and Country; which in truth are for power and wealth. There is one God/Creator/Spirit given many names and images by man and we are one planet. No one has an exclusive on God, nor the right to destroy and take what is not his or hers. The lying and deceptive natures of those who lust for power and wealth, those who have sold their very soul for fame, power and wealth will become naked in the light. What will also come are the consequences to these deeds.

None of these beliefs or actions are frequency specific to the evolution of Earth. There will be those who choose not to heal and continue in actions that are harmful to humanity and the Earth. Their world is imploding. They actually believe they can dig elaborate holes in the Earth, stock them, allow the Earth changes and their own depopulation programs to rid the surface of over 80% of the people then emerge as kings over who is left.

How does this look to their souls, the higher dimensional beings, the awakened ones on Earth. Does this path raise their frequencies; make them compatible to the new frequencies of Earth? Of course not. Will they maintain their bodies, their kingdoms, their tyrannical unjust enslaving system? Of course not. Those who think their security resides in serving the beast will fall along with the beast. This is the simplest explanation we can give. The only real security is to live a live of service to humanity and the Earth, then you are aligned with the higher intelligences and civilizations; which in the end will be undeniably victorious.

You cannot fool your soul, Great Spirit, Creator, yet in arrogance there are some very clever people who think they can. What do you think their future will hold not just in this life but lives to come? How do you think their light review will go in passing this plane when they stand naked, no lawyers, no guards, no toys or castles—just their deeds and how they affected others.

Now, do you really think the spiritually and technologically advanced beings are going to sit down and have tea with regenerate humans or ETs? Share technology knowing it will be hoarded, misused? This is why so many guberment officials are not in the know, there is no purposeful good in contacting those who have not risen to the occasion. All they can do is dismiss what they cannot experience because they have no control whatsoever in the higher dimensions. Ships and their occupants that can come and go as they please, a force on high that is watching, knowing all their dirty laundry; which is now becoming a hands on process of awakening and healing humanity and the Earth.

They work with consciousness, light and energy, are extremely telepathic and can transmit information, inspiration and healing whenever and wherever they desire. Some of them have full use of creational energies. It is the destiny of humanity and the Earth to experience a grand reunion with these beings; many already have. The Earth once hijacked by negative forces of ill intent will be reset to its original destiny which is to evolve in peace and harmony to its highest state of evolution. Now you know more than the guberment knows as well as their destiny; which many fear for good reason. There is more to the story. Stay tuned and be well.