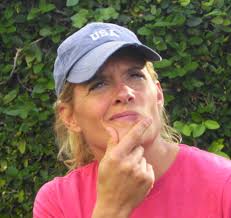 A reader wrote yesterday: “There is something I’m very confused about it seems that a lot of stuff on the2012scenario.com back tracks it’s self I was just reading an article that said the arcons…” and the reader continues.

I think I need to acknowledge the frustrations that I feel at this moment. Perhaps I can do it without naming names.

I know what the reader means when he says that we appear to double back on ourselves. And it’s a dilemma that isn’t easy to address. We attempt to present a coherent and consistent picture to you in the channeled messages we post.

But that does involve judgment calls and those calls mostly reflect the fact that sometimes the channeled entities may not be who they claim to be. It doesn’t always reflect on the channeler. It more often reflects on the channeled source.

Channeling is not a perfected art. There are many factors that can interfere with a message being credible.

It’s an accepted and established principle that readers need to use discernment in reading and accepting a channeled message.  We as a site (the2012scenario.com) that posts channeled messages analyze the credibility of sources (for improbabilities, impossibilities, implausibilities, contradictions and inconsistencies). We ask Archangel Michael for his assessment. He does not always wish his comments to be posted and he does not like to judge.

He’s usually very fair and tolerant.  He may say that a psychic is honest and sincere but what he channels is mistaken or that a psychic sees accurately but the events happened years ago. We may act on his advice but not say that he’s the source of it. I have in the past also asked Suzy Ward for Hatonn’s opinion of a channeled message. Hatonn is GFL director of multidimensional communications.

Perhaps I can review some of the matters that presently impact some of the decisions we make when publishing some channeled messages.

Let’s begin with the subject of the Archons or Annunaki. We have one psychic saying that he observed the destruction of an Annunaki underwater base and that a war is going on between the Annunaki and the Galactic Federation of Light. I asked Archangel Michael about this some time ago in a private reading and he said the psychic’s vision was true but the actual event happened years ago.

Others are saying that the Archons are still here and we’re battling them while Matthew Ward, Hatonn, SaLuSa and others say that all negative aliens have been taken from the planet and that a light grid prevents their return.

Several other psychics, Starseeds and channels say that we’ll be taken from the planet in arks, or aboard spaceships, or down to Inner Earth, some saying we’ll ascend from there, while Matthew Ward and SaLuSa say this isn’t going to happen.

I have to acknowledge that I prefer the version of Archangel Michael, Matthew, SaLuSa, Saul, the Arcturian Group, etc.

You should know that there are individuals and groups that don’t believe that I’m speaking to Archangel Michael and don’t post his material either. Some of these are colleagues whom I’ve worked with in the past who think I’ve departed from reasonableness.  That’s fair game. I don’t oppose or dispute with them or complain but allow them their freedom of choice and discernment in the matter as well.

The people who represent the Annunaki as still being here are, I think, mistaken. The people who say we’ll leave the surface of the Earth because of cataclysm or terraforming are also, I believe, mistaken. I believe they are. Not like I know. I don’t know what’s absolutely true.  That’s why I say we support the versions we prefer.

Many of them who say so we don’t publish. But new voices keep arising who also say so.  It’s not something that can be attended to once and it never arises again.

New people – primarily insiders and whistleblowers – are coming along who are just becoming willing to acknowledge the presence of the galactics but their knowledge of what the galactics say is not necessarily deep and their versions have some pretty interesting but anomalous representations of where the galactics are at.

If you’ve been reading SaLuSa, Matthew and Saul for years, or listening to Archangel Michael, Sanat Kumara and Ashtar on InLight Radio for months, you can see where the depictions of the newly-accepting lightworkers can sometimes be somewhat off (if you prefer the latter’s version).

Except in the cases I just referred to, I’m not saying that we’re right and they’re wrong. I’m saying that everyone has channeled messages and versions of events which they prefer based on what they believe to be true and messages and versions they don’t prefer. And readers can read the sites which offer them a version which they too prefer. And that, for me is the best that can be done at the moment.

Sometimes a version comes along that looks as if it may undo much good work. This site is aware that the galactics follow the universal laws and take great care not to panic the population unduly – that is, not to hide the truth but also, even when presenting the truth, to do so with great care.

Therefore when someone comes along and posts pictures of Noah’s Ark, compares the galactics’ activities to the events of the great flood, says that the galactics were there at that time and assisted Noah, and that they wish many of us to go aboard a form of ark because many of our coastal towns are going to be flooded – and our preferred sources say this is not going to happen – we’re presented with a real conundrum.

To post a message like that is to risk panicking people and undoing the calm that we’ve worked hard to effect, having been guided by what we regard as credible sources to remain calm and not post catastrophic messages when no catastrophe looms for the world.

Sometimes we editors of this site may not know precisely what to do to serve your perceived best interests and the best interests of those who will awaken at some point in the future. For now I suppose I simply want to state my frustration at being faced with so many psychics, channels and other sources who sound credible on some scores (mass arrests, NESARA, and Disclosure) and then sound anything but credible on other scores (evacuation of Earth and presence of Annunaki and other negative races).

We’re not going to become censors and black out certain portions of messages and publish the rest. So do we post messages that have what we regard as inaccuracies for the benefit of posting the parts that we believe are accurate? Or do we not post the source at all?

Speaking only for myself, I don’t always know what to do to serve you.

The thought that we’d be depriving you of some authors you like is not a happy one. But if we weed out from this site – and we have on many occasions – people we don’t think are credible, the list just grows and grows.

I’d like to hear from you on this dilemma. What do you wish us to do in cases like these? (I’ll leave comments open for you to give your view of the situation to us.)

Note from Wes: Steve made some good points in this article and especially, the channeled words from Matthew in the previous article on this subject stood out for me. Comments are open on this repost as well, so feel free to post your beautiful opinions.

As for Greg Giles, we here at Aquarius Channelings will still be posting Greg’s messages and with everything, we invite you to use your equally beautiful sense of discernment. If you don’t agree with the ‘Earth changes’ aspects of such messages but find other parts of them resonate as truth and Light, then simply take what resonates and let the rest go.

That is, nearly by definition, discernment! 🙂